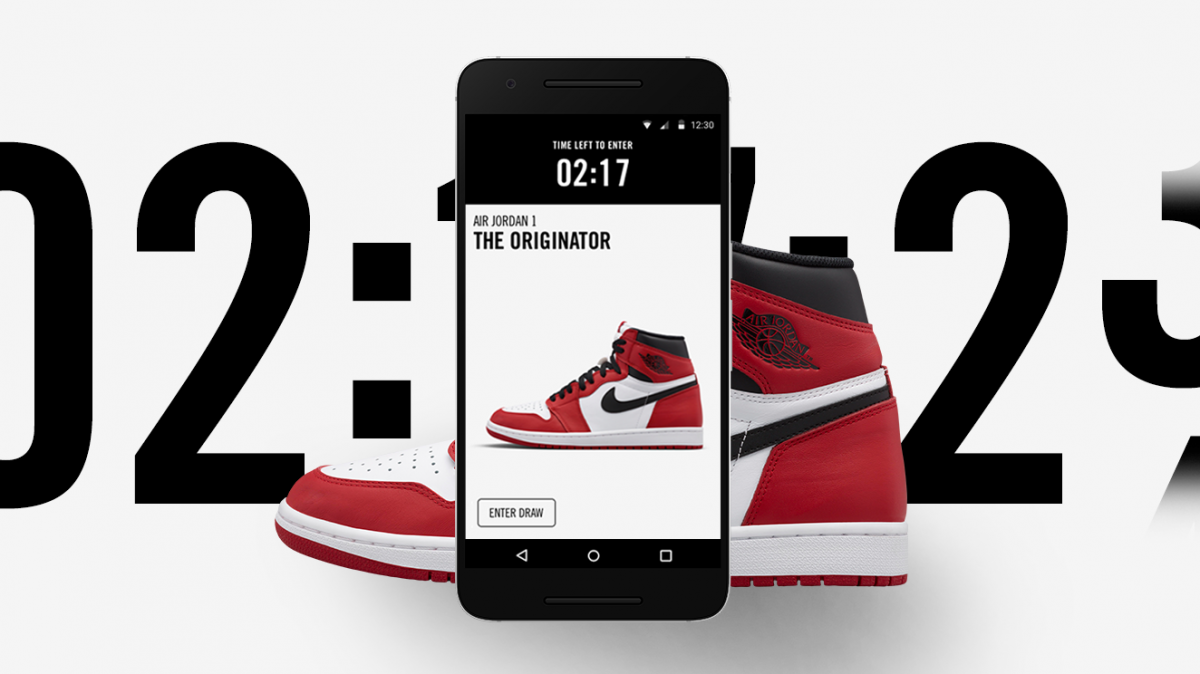 When Nike’s SNKRS app trips up, rabid sneaker fans go crazy. The app is where many head for a chance to get Nike limited releases and special products. The outrage over technical glitches that kill those chances can spill over into complaints and memes on Twitter and elsewhere. It happened during last year’s launch of a shoe in collaboration with fashion label Off-White and again in May with the drop of a shoe with rapper Travis Scott.

In a funny way, it’s a sign of the success Nike has had drawing shoppers to SNKRS.

While the limited releases that happen through SNKRS are just a portion of Nike’s business—which also depends on selling giant volumes of mass-market shoes—the app has become an important part of the company’s thriving digital sales. (The brand’s other app, just called “Nike,” is more like a general e-commerce portal.)

Discussing earnings for the full fiscal year, CEO Mark Parker told investors yesterday that SNKRS acquired more new members than any other digital channel for Nike. He added, “SNKRS more than doubled its business, doubled its number of monthly active users, and now accounts for roughly 20% of our overall digital business.” That business grew 35% overall in the year, the company reported.

It’s become Nike’s latest way to game supply and demand of hyped products. SNKRS keeps shoppers hungry by sending out regular push notifications about drops every week. When consumers inevitably flood the app for the release, many take an L, walking away empty handed. A share of those who do get the shoes never wear them. Instead, they immediately resell them for multiples of what they paid(Quartz member exclusive), fueling the burgeoning resale market.

Though Nike could release more shoes and collect more money if it wanted, it generally chooses not to. That keeps demand high. On the investor call, one analyst asked if Nike believes it can keep the products released through SNKRS special as it continues to scale it. In reply, CFO Andy Campion said, “we still supply a very small percent of the demand that we’re seeing.”

Since the app launched in 2015, the volume of sales happening through it has exploded. Campion noted that SNKRS did less than $70 million in sales in fiscal 2016. Based on its performance in the past quarter, it’s on pace for annual sales of more than $750 million.

That’s a fraction of the $39.1 billion in sales Nike recorded in the fiscal year, but a vital one, reflecting Nike’s connection to a loyal, passionate fanbase. Parker pointed out that many users check SNKRS daily, saying it will continue to evolve to be a “have to check back in, day-to-day kind of experience.” It also feeds Nike data. One shoe the brand launched this year was based on SNKRS data and analytics relative to New York’s Dominican community, Campion said.

Nike plans to increase SNKRS launches of apparel and items for women, and has already expanded it to 22 other countries in the past couple years—including China, where Nike said it helped fuel the company’s jump in digital sales this quarter.