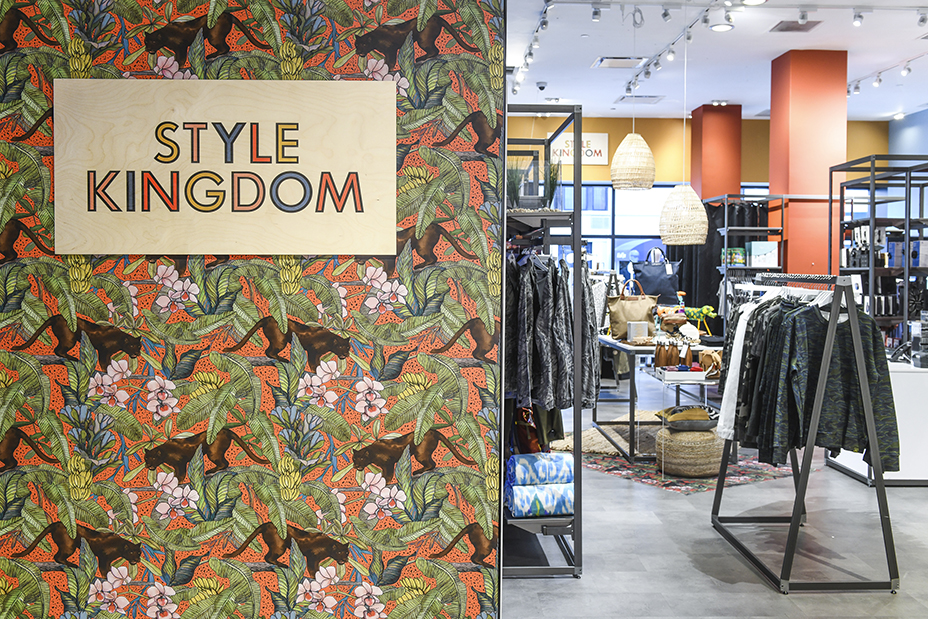 Bloomingdale’s is bringing Pride Rock to the department store. Its rotating pop-up shop The Carousel at Bloomingdale’s announced its new rendition called Style Kingdom (open Thursday through Sept. 2) as a play on the animal kingdom of Disney’s new Lion King remake.

To drive the point home, the retailer has teamed with Disney to open a “Lion King”-themed shop tied into the motion picture, which will be released on July 18.

German-Ugandan actress Florence Kasumba, who voices hyena Shenzi in the film (due out July 19), curated the shop through an official Disney partnership — the first collaboration between The Carousel and a studio film. Style Kingdom offers clothing, home goods and kids’ apparel and will be available at all locations of The Carousel, in Century City, San Francisco and New York.

“[It’s] an absolute thrill because I’ve been able to combine my love of fashion and film whilst connecting back to my African heritage,” said Kasumba in a statement. “I love how The Lion Kingcan be interpreted through this new lens and connect with audiences in a unique and fresh way. I felt such a personal connection to the pieces I curated and I can’t wait for people to see the collections, and the movie!”

For the kitchen, Bloomingdale’s offers sustainable Bean There Coffee, South African-made bottle openers and animal pillows; for children, there are Aden & Anais swaddle blankets and bibs decorated with Lion King characters, as well as tees, dresses, shorts and hoodies.

The Carousel, which opened last September, previously touted Earth Month with its “Good for the Globe” theme, celebrated at the launch party by CAA co-chairman Bryan Lourd and his actress daughter Billie Lourd, producer Jayme Lemons and manager Chris Huvane.

As for Disney, the company is busy partnering with several lifestyle brands ahead of The Lion King‘s theatrical release, including a cosmetics line with Beyoncé’s makeup artist Sir John and a clothing capsule with ASOS. A Beyoncé-curated album, The Lion King: The Gift, will also be released July 19.