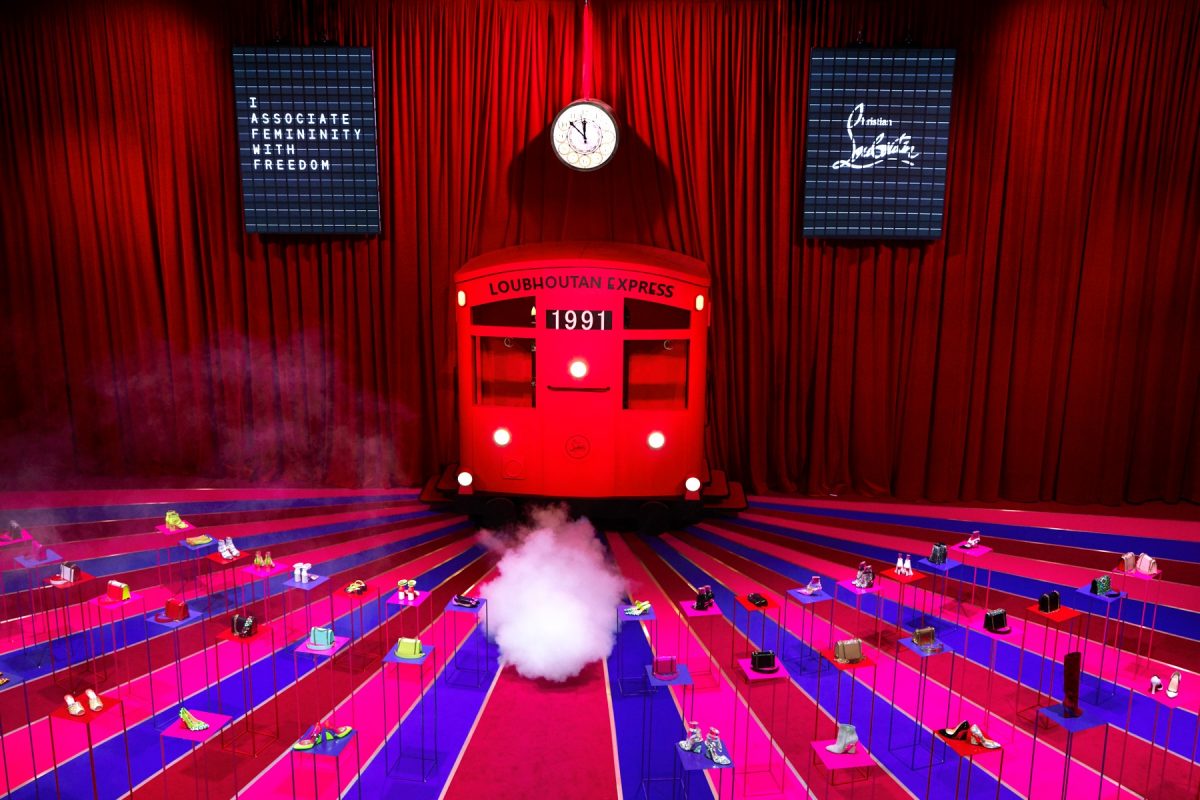 Christian Louboutin express train rolled into Paris, scooped up its passengers and headed for Bhutan. The shoe designer has a penchant for Bhutan — so to highlight the bespoke leg of his label, he created a Bhutanese-inspired atelier collection and devised an immersive experience to show it off.

Guests boarded the “Loubhoutan Express” — a replica Orient Express dining carriage painted in Louboutin red — and shimmied on through, finding themselves in a Bhutanese temple situation swirling with dry ice. The kingdom is located in the Himalayan mountains high above the clouds. 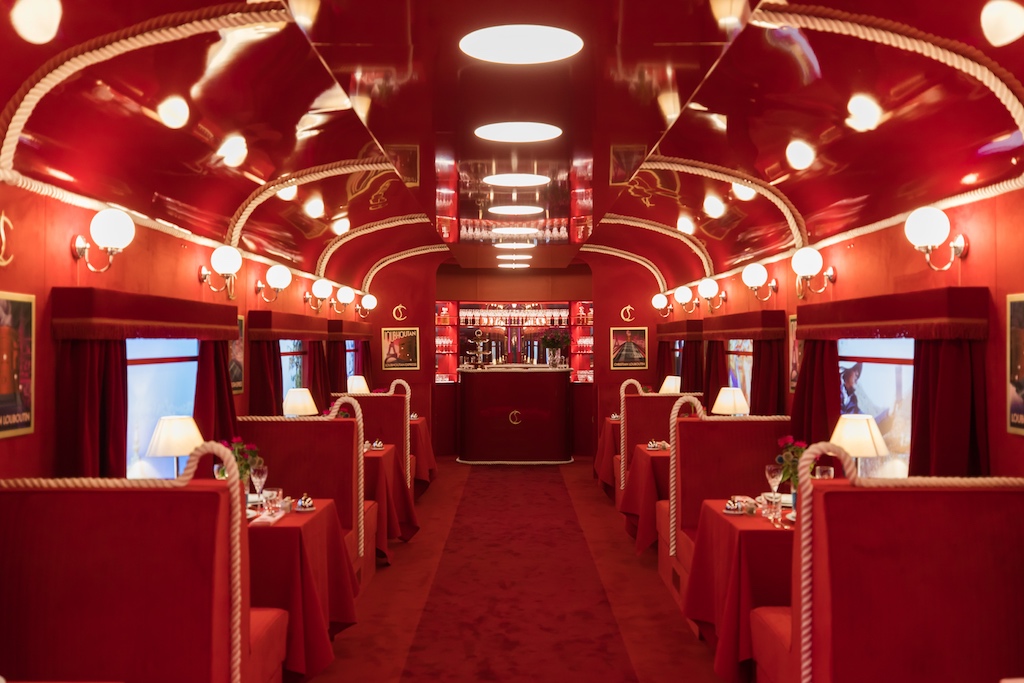 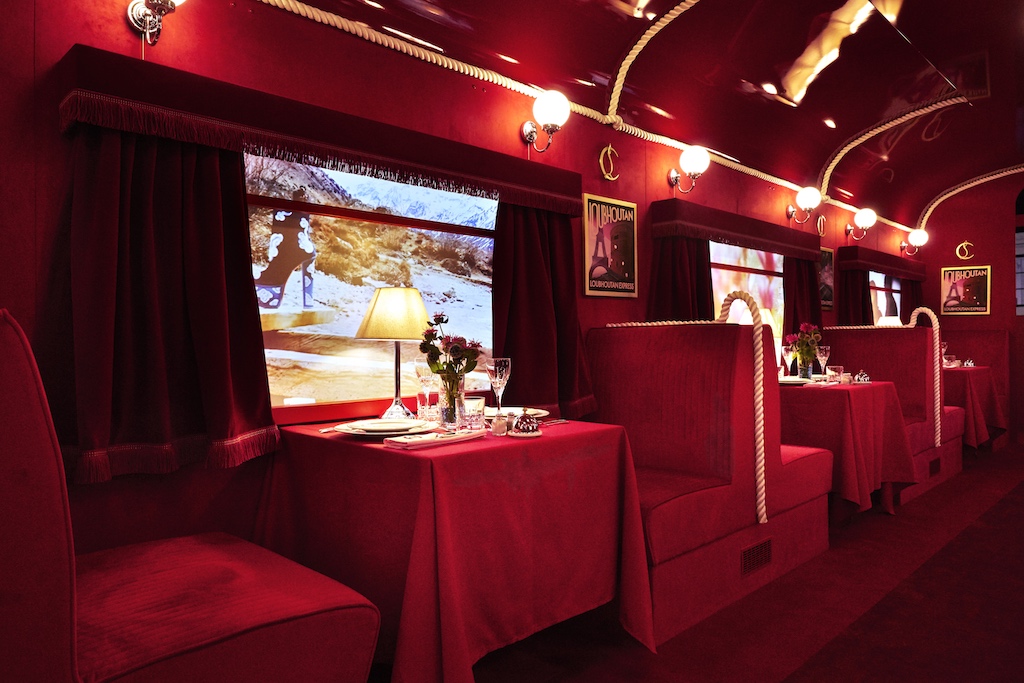 Louboutin, who must have the Queen of Bhutan on speed dial, tapped her craftspeople to create an ultra-exclusive 13-piece capsule collection using the kingdom’s 13 recognized art forms.

The shoes were hand-wrought using traditional painting, wood-carving, metal-work and relief embroidery techniques. The collection represented the highest expression of his atelier’s expertise. 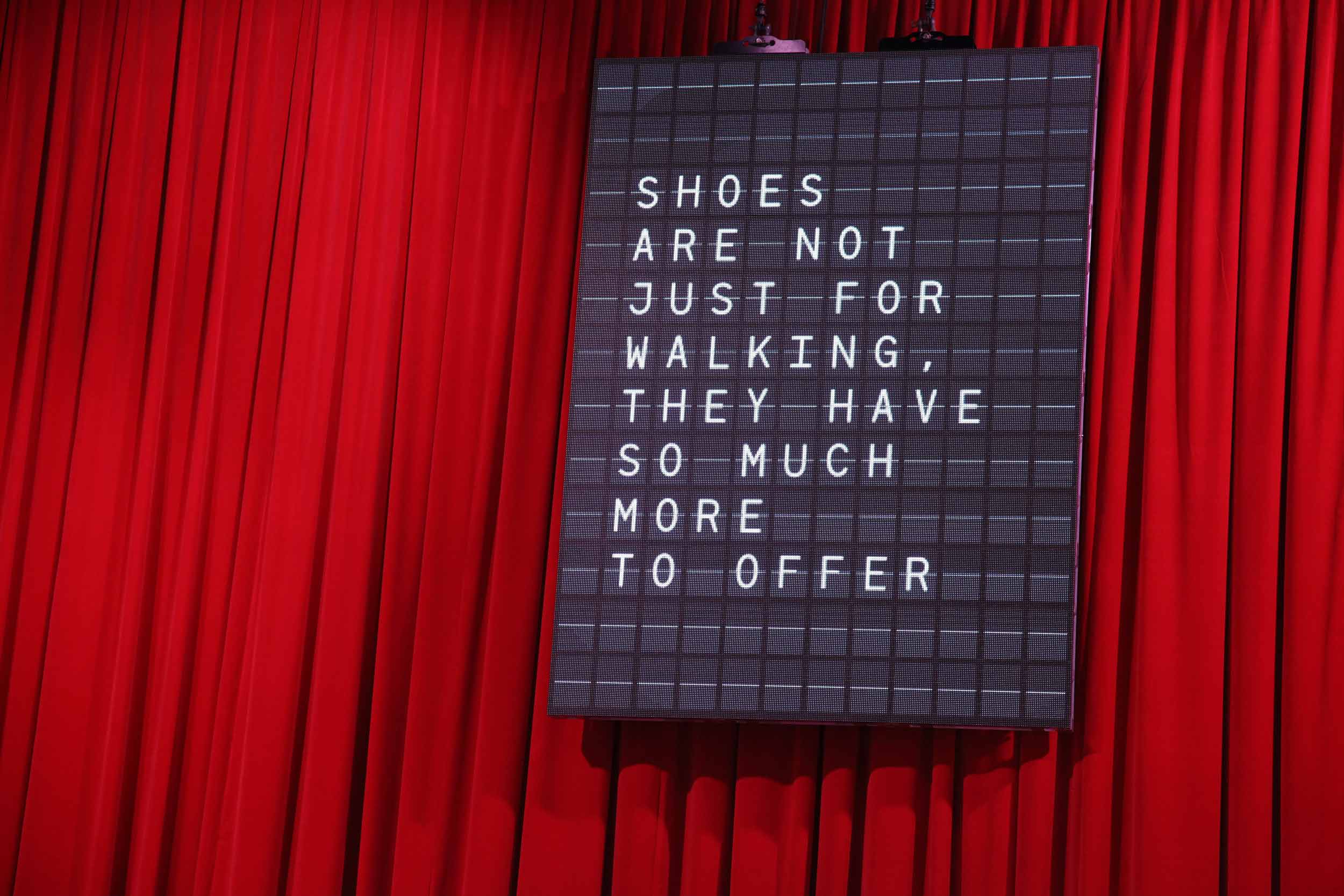 Back in Paris, in a railway station set-up at the front end of the train, was the slightly more prosaic spring ’20 collection that gave a nod to childhood games and the world of sport.

The more sporty side was represented with spiked sneaker heels and a sandal with an ankle strap based on a sweat band, amusingly named Tennis Elbow.

The designer also revisited his famous floating “levitation” heel in fluorescent shades and put a new pop-colored spin on another old favorite, the Warhol-inspired “pansy shoe” he created back in 1992. 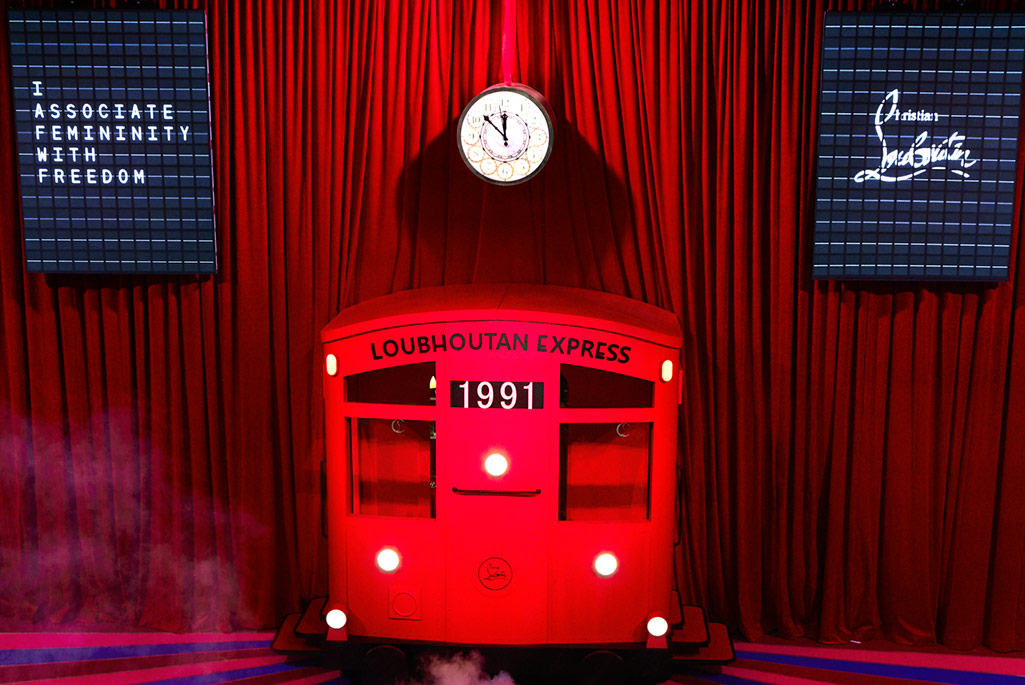 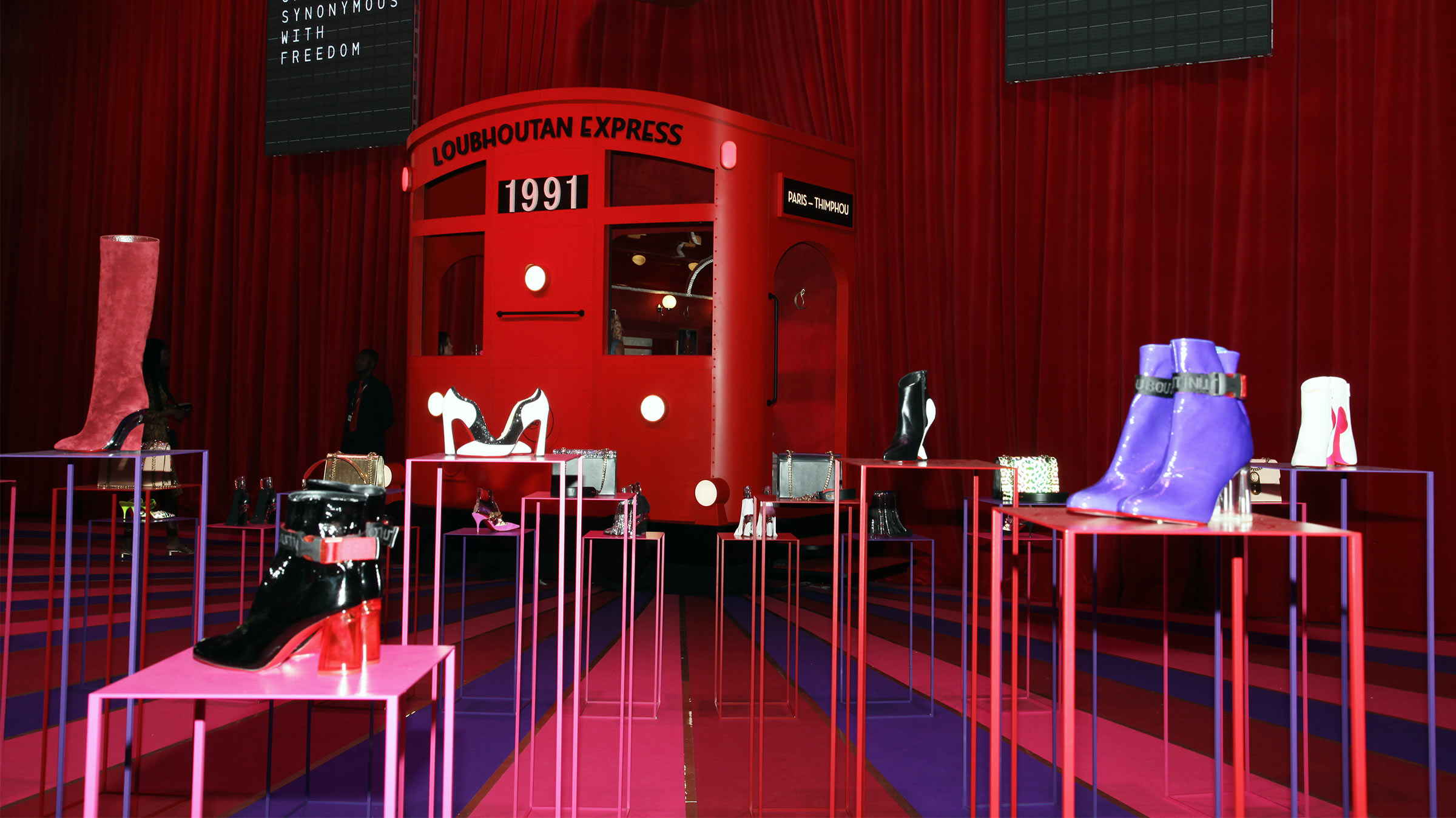 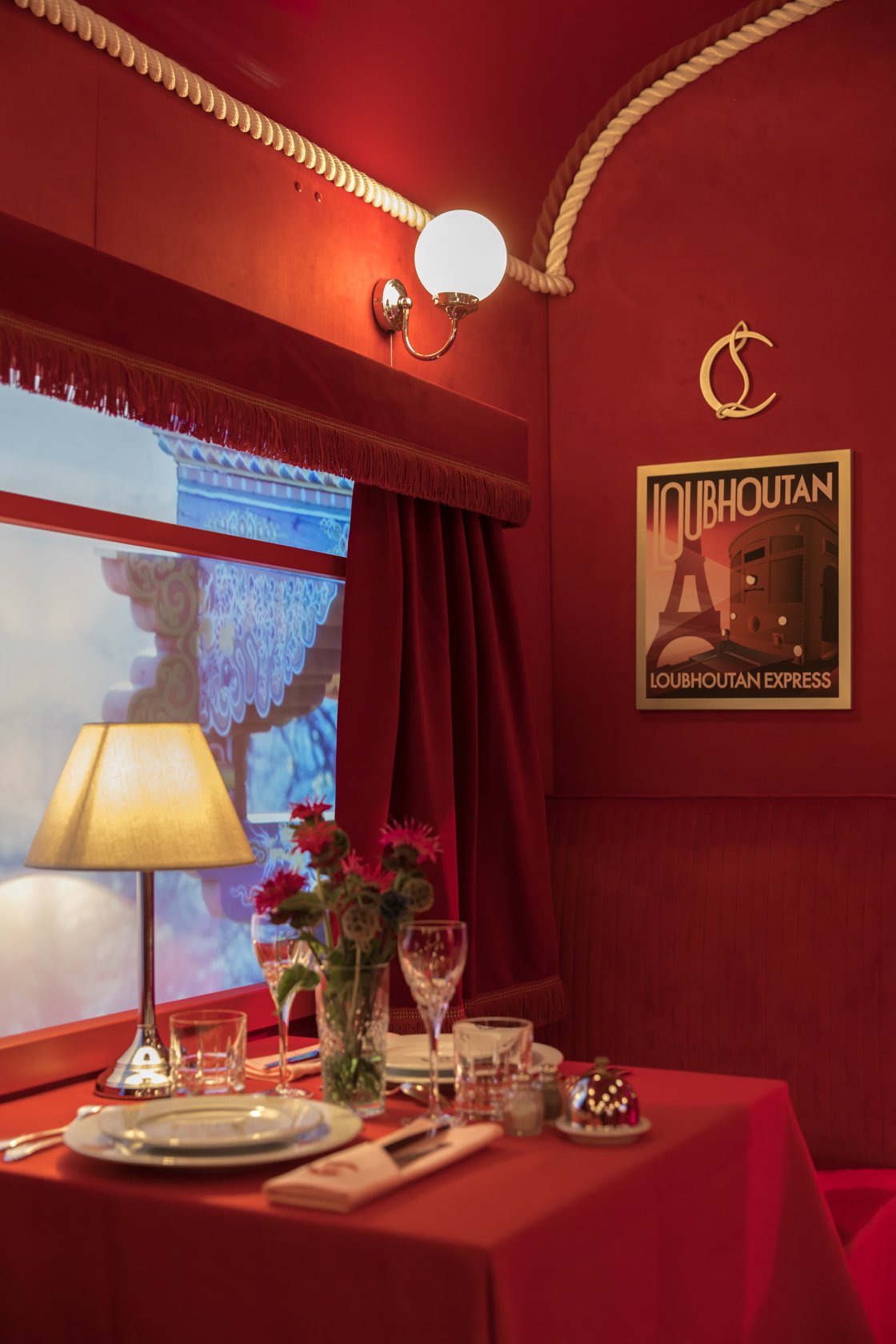