Sergio Mannino
Principal at Sergio Mannino Studio
Established in 2008, Sergio Mannino Studio is a multi-disciplinary design studio specializing in retail, residential, interior, and furniture, for both private and commercial environments. The studio is based in New York, but recognized internationally, having completed over 250 projects including in China, Italy, Canada and across the United States. Headed by Sergio Mannino himself, the committed team is made up of professional architects, interior designers, graphic designers and branding consultants. SM Studio is motivated by the desire to create spaces that synthesize creativity, excitement and functionality - blending classic Italian design with contemporary flair. Although the studio was established as a primarily retail design company, in recent years they have been involved in a broad range of residential, branding, and furniture design projects. The studio’s clients include Prada, Lexus, Kensiegirl, Miss Sixty, Miu Miu, Vince Camuto, Bottega Veneta, among others. Work by the studio has been widely published in magazines, books and blogs throughout Europe, China and the US. Sergio Mannino graduated from the University of Florence’s architecture program, and worked extensively with design masters Ettore Sottsass and Remo Buti. Having grown up, studied, and worked in Italy, Mannino brings the touch of classic Italian design into every project the studio completes. From Brooklyn butcher shops, to chairs, to Shenzhen apartments, it’s this quality’s coherence with today’s spectacle of contemporary design that SM Studio has become known for. Sergio is a regular contributor to Forbes online with articles on retail and design.
Website 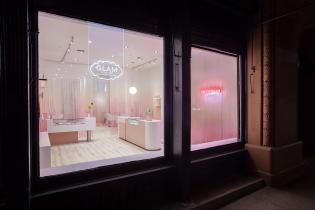 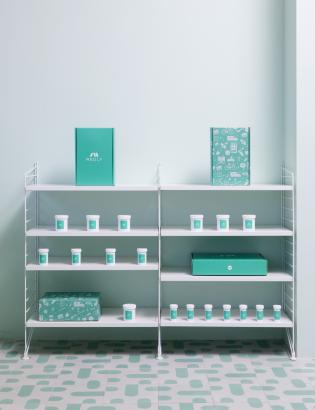